Native American students often face barriers that make it more difficult for them to pursue a higher education. Compared to white students, Native American students are far more likely to attend elementary, middle, and high schools with less funding, which can leave them feeling underprepared for college. In addition, their unique cultural experiences, perspectives, and languages may make them feel like an outsider at colleges where there isn't a lot of representation.

Our college guide for Indigenous students will address the common challenges they experience and offer advice and resources to help them earn a degree and prepare for a bright future. 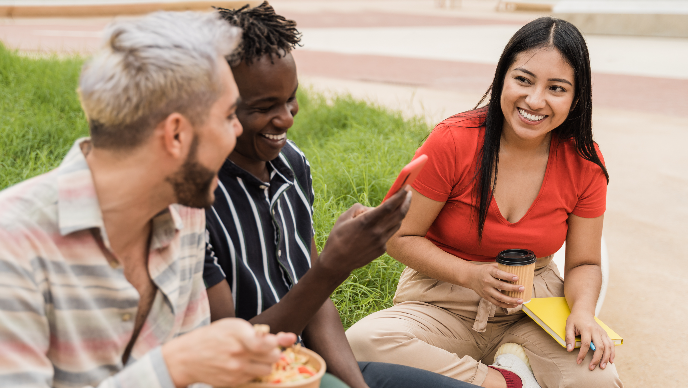 The Bureau of Indian Education (BIE) funds schools to provide educational opportunities to Native American students. It directly runs 59 of these schools and 26 tribal colleges and universities. Another 124 schools are managed by BIE contracts or grants. These schools can be found on 64 reservations in 23 states and serve about 42,000 students.

Since students of American Indian and Alaska Native descent make up 1% of the undergraduate population and less than 1% of the graduate population, they’re often left out of postsecondary research. The data available from the Postsecondary Policy Institute, however, shows that only 17% of Native Americans earn associate degrees, and 10% graduate with bachelor’s degrees.

Of the full-time Native American students who do attend college at four-year institutions, only 41% graduated within six years beginning in 2013, compared to 63% of all students.

Native American students are more likely to come from lower-income families, which can make college seem out of reach.Data from the American Community Survey (ACS) shows that the U.S. median household income for American Indian and Alaska Native families was $43,825 from 2015–2019. That's 43% lower than the U.S. median income for all households.

Beth Redbird, a sociology professor at Northwestern University explains that higher poverty rates in Indigenous communities are influenced by declining employment rates and wage growth. Indigenous people and tribal communities were hit especially hard by the loss of construction and manufacturing jobs and declining minimum wages that haven't kept up with inflation, Redbird says. Economic insecurity combined with rising tuition costs makes it hard for lower-income students to cover the cost of higher education. As a result, many people don't feel a degree is within reach for them, and either have to drop out or don't enroll in the first place.

Native American students make up less than 1% of the college student population and, as a result, often don't see themselves reflected in their peers or professors. Representation is important, especially when it comes to college and careers.

This low representation, paired with limited academic data and research, is one reason that higher education challenges among Indigenous students are not often addressed or understood. A higher representation would likely lead to more opportunities and higher graduation rates as colleges and universities have a greater incentive to spend their resources on larger student populations.

Many Native American college students choose to attend tribal colleges and universities, where they have a stronger cultural connection and more representation on campus.

The journey to college can be overwhelming, especially for Indigenous students, who are often first-generation college students. Being the first in their family to go to college comes with its own barriers for first-generation students, whose parentsmight be unable to offer advice on how to apply for and attend college successfully. Also, since many Native American students attend high school in poorer areas where it’s not as common to pursue college, they often lack guidance from teachers and other staff members on how to navigate the process.

First in your family to attend college? Check out our First-Generation Student Guide.

There are currently 32 fully accredited Tribal Colleges and Universities (TCUs) in the United States. While TCUs support Indigenous students with an affordable, culturally relevant education, they lack sufficient funding. This is mainly because of a federal formula that determines funding based on the number of American Indian or Alaska Native students enrolled rather than the total number of students. This lack of funding can hinder the quality of education, make schools less able to provide student support, and lead to poorly maintained housing, classrooms, libraries, and other facilities.

With these valuable tips, Indigenous and Native American students can succeed in college and beyond.

Fill out the FAFSA

The Free Application for Federal Student Aid, or the FAFSA, is a form that college students can fill out to qualify for financial aid from federal and state governments and their school. It offers more than $150 billion in federal student loans, grants, and work-study funds. By taking the time to fill out the FAFSA, Indigenous students can open the doors to financial aid opportunities that will make it easier to pay for the high cost of college. Depending on where they attend college, students may get enough funding from financial aid and their college to cover the cost of their degree.

To qualify for some types of financial aid, Native American students must be a member of a federally recognized tribe. Obtaining a Certificate of Degree of Indian or Alaskan Blood (CDIB) from the Bureau of Indian Affairs (BIA) is the easiest way to do so. Students will need to determine the requirements for their specific tribe, trace their ancestry, and submit the application and required documents.

Embrace the Opportunity to Educate Others

Indigenous students have their own culture and perspectives on life. They can use college as a chance to share these perspectives with others. By speaking up and being proud of who they are and where they came from, they may foster meaningful personal and professional relationships that can help them in the future.

Many colleges are working to change low enrollment rates among Indigenous students through special programs. For instance, the University of Alaska, Anchorage, offers the Native Early Transition Program, a week-long orientation program for incoming freshmen. Northern Arizona University has an Office of Indigenous Student Success with services like counseling and peer mentoring. These programs can help students from tribal communities overcome the barriers they may face in college and get the support they need to graduate.

Students who are hesitant about attending traditional colleges and universities should consider Tribal Colleges and Universities (TCUs), which are located near reservations or controlled by a tribe. At a TCU, students can complete a degree program within a learning environment designed for their culture and traditions. Some TCUs are commuter schools, while others are residential campuses or a combination of both.

Join a Native Fraternity or Sorority

There are several Greek organizations with a focus on Native culture. Alpha Pi Omega Sorority, for example, is the oldest historically Native American sorority with about 20 chapters across the U.S. Phi Sigma Nu is a Native American fraternity with 13 chapters, with almost 400 brothers representing more than 55 tribal nations.

There are countless scholarships available to many college students, including those who are of Native American or Alaska Native descent. Some are merit-based, meaning students must meet certain standards to receive them, while others are need-based and dependent on their financial situation. The more scholarships Indigenous students apply for, the greater their chances of securing.

A variety of organizations, from the federal and state governments to colleges and private organizations, offer scholarship funding specifically for Indigenous students. The more grant and scholarship money students can lock in, the less they'll have to pay out of pocket or borrow in student loans.

The Daughters of the American Revolution (DAR) Scholarship

The Daughters of the American Revolution (DAR) offers a scholarship "to help Native Americans students of any age, any tribe and in any state striving to get an education at the undergraduate or graduate levels."

The Calista Scholarship Fund is specifically designed for Alaska Native shareholders or lineal descendants of shareholders who are enrolled in an undergraduate or graduate degree program or trade school.

Other Resources for Indigenous and Native American Students

Indigenous  and Native American students and their families may find useful information and resources on the following websites:

Run by the University of Connecticut, NACP helps Native and Indigenous students succeed in college by “educating our surrounding UConn community on our histories, cultures, traditional ways of life and more.”

NAISA is a student-run organization at the University of Connecticut that strives to “educate and advocate on behalf of current events, issues, cultures, traditions, etc.”

The INSPIRE Pre-College Program is a three-week program at George Washington University for Native American, Alaska Native, and Native Hawaiian rising juniors and seniors. It teaches them about the relationship between federal and tribal governments.

Held at Northern Arizona University, the Nizhoni Academy is a six-week STEM seminar for Native American freshmen and sophomores.

This program is offered to Indigenous high school seniors who want to get an idea of what it’s like to be a Native American student at Dartmouth University.

College Horizons is a five-day summer program for Native American, Alaska Native, and Native Hawaiian high school sophomores and juniors who would like assistance finding the right college.

Since its inception in 1989, the American Indian College Fund has offered a number of scholarships and tools for Indigenous and Native American students.

This organization aims to increase the number of Indigenous students in higher education through research, advocacy, and national events.

Kamehameha Scholars helps Native Hawaiian students earn a degree and pursue a career through workshops and activities that lead to points that can be converted into scholarship dollars.