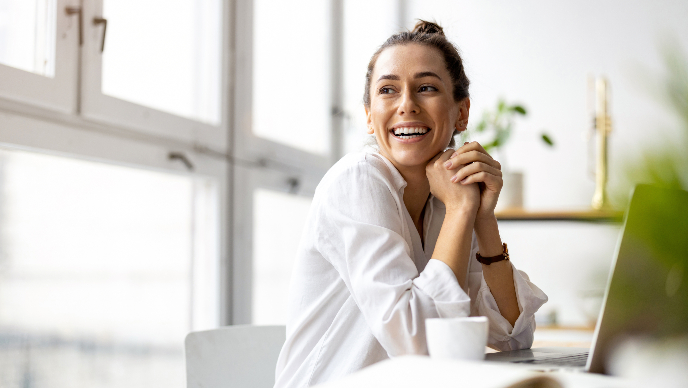 When the U.S. Supreme Court decided in Dobbs v. Jackson Women’s Health Clinic that there was no constitutional right to abortion, they overturned nearly a half-century of legal precedent.

Economists and public health experts – using past data, current research, and the techniques of statistical inference – argue this was no historical coincidence. The fact that women could choose when or if to have children was causally related to these improvements, particularly in workforce participation and wage equality.

Women’s labor force participation was about 31% in 1948, compared to nearly 84% for men, a 53 percentage point difference between genders.

Twenty-seven years later, in 1975, women’s participation rate was still only 42%, a mere 11 percentage point gain over more than a quarter century.

After that, growth in women’s labor force participation accelerated until the rate reached 54% by 1989.

Unfortunately, the needle has not moved much in the following three decades: Women’s labor force participation rate in 2019 was 55%.

This historical data suggests that much of those gains in women’s workforce participation were locked in during the 15 years immediately after the Roe v. Wade decision.

It’s clear that women’s labor force participation was growing steadily from the post-war period on. But from about 1976 onwards, this trend accelerated to where the actual participation rate beat out the historical trend, often by significant margins.

This provides some evidence that Roe – and the push towards greater women’s rights that preceded and followed it – contributed to greater women’s participation in the workforce.

However, this does not prove the causality between the Supreme Court’s landmark decision and what we have seen in the labor data historically, or what we can expect to see in the future. That requires more advanced economic analysis, which we will examine next.

“There’s no question that legal abortion makes it possible for women in all classes and races to have some control over their economic lives and ability to work outside the home,” Rosalind Petchesky, whose research was cited in the Supreme Court’s 1992 ruling in the case Planned Parenthood v. Casey, which reaffirmed Roe, said to the New York Times.

In contrast, the plaintiff in Dobbs argued that there was no way to gauge the impact of abortion access on economic factors such as gender-based inequities in hiring, pay, and labor force participation.

However, over 150 economists filed an amicus brief in favor of the defense, arguing we do have the econometric tools to gauge how lack of abortion access impacts women’s economic opportunities. Among other points, the brief argued that access to abortion had a bigger impact on women’s labor force participation than access to birth control, leading to increased wages.

The economists found that reproductive rights access was especially beneficial for Black women, who currently earn 63 cents for each dollar a white man earns.

“[T]here is a substantial body of well-developed and credible research that shows that abortion legalization and access in the United States has had — and continues to have — a significant effect on birth rates as well as broad downstream social and economic effects, including on women’s educational attainment and job opportunities,” the economists wrote.

Other studies, such as this 2021 report by the Brookings Institute, affirm that the causal relationship between reproductive rights access and women’s economic empowerment is well established.

Will the Overturning of Roe Affect Women’s Economic Opportunities?

It’s difficult but not impossible to estimate how states’ more restrictive abortion laws will impact women’s financial wellbeing — and the nation’s workforce.

The Turnaway Study from the University of California San Francisco followed 1,000 women with unwanted pregnancies for five years. Some were able to have abortions, and others were turned away from the procedure.

The main finding of the research project was that “receiving an abortion does not harm the health and wellbeing of women, but in fact, being denied an abortion results in worse financial, health and family outcomes.”

Another way to see the issue is through an international lens.

Countries that allow women more bodily autonomy tend to be nations that are more committed to giving women equal access to the workplace, if they so choose.

On the other end of the spectrum, in countries where abortion is illegal, women are generally not encouraged to take jobs that would get in the way of being the primary childcare providers.

Economists and public health experts agree that the burden of raising children is a large reason for inequities in the labor market.

An Institute for Women’s Policy Research study from 2021 on the national effect of abortion restrictions estimates that “if all state-level abortion restrictions were eliminated, 505,000 more women aged 15 to 44 would be in the labor force and that they would earn over $3 billion dollars annually, an amount that would go back into the state’s economy.”

Women who are in their prime childbearing years are the most vulnerable to changes in reproductive health laws. Age discrimination can be a compounding factor for those who have children in their 30s or 40s.

Women who need to take a career break during those years to raise children are much less likely to ever return to the workforce than women who do not pause their careers.

As is often the case, the pain will not be shared equally among all women.

“Across all demographics, women with abortion access are 2% more likely to work 40 weeks or more per year,” says Richard J. Brandenstein, a partner at FBR Law, where he specializes in New York state employment law.

“This generally affects Black women more, with access to abortion increasing full-time participation in the labor market by 6.9%,” he adds, citing a 2019 Institute for Women’s Policy Research study.

Bottom Line: How to Maintain Hard-Won Gains in the Workforce Without Nationwide Abortion Access

Today, economists largely agree that allowing states to pass more restrictive abortion laws will lead to fewer women working, less often, and for less pay, with the brunt of these burdens borne by minority and low-income families.

However, Roe is no longer the law of the land, and states are free to pass such laws, regardless of the outcomes for their constituents. Around half of the states have already taken this opportunity to restrict or effectively ban abortion.

But this legal reversal does not necessarily predict how the reproductive health landscape will change nationwide.

Already, other states and the federal government are looking for ways to expand the rights of women who travel out of restricted states for the procedure. The current administration is also looking to strengthen laws allowing for FDA-approved pregnancy-ending medications to be shipped across state lines.

There also remain questions about whether states restricting abortion access will make up for it with more affordable childcare or more generous maternity leave. However, research shows that neither is likely to completely undo the damage done by restricting reproductive rights access.

In other words, the executive, legislative, and judicial branches of government at the national and state levels will continue debating the practical realities of a post-Dobbs world.

Until the dust settles on these various battles, and we have more post-Dobbs economic data, it will remain uncertain what the actual effect will be on women’s role and status in the workforce.

But as we’ve seen, many authoritative sources say that reproductive health access boosts women’s economic prospects, and the lack of such access degrades their prospects.

Until more data comes in, we will have to rely on that research to ensure that women do not lose the hard-won gains they have made in the labor market and the U.S. economy more broadly.