Colorado, a pioneer in pay transparency laws, has seen listings for remote jobs decrease by 25% in the past month 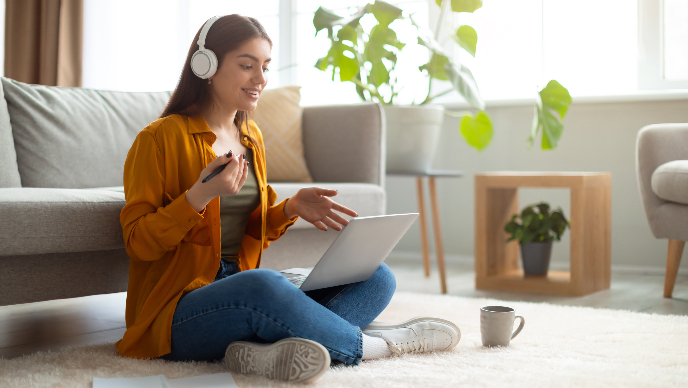 The move towards remote work has been one of the defining economic trends of the pandemic. Some of the biggest beneficiaries of this shift were those working in higher-paying, white-collar jobs.

Though many companies are trying to lure employees back to the office now, employers have also benefited from the shift to remote work.

When working in an office is a prerequisite, employers’ hiring choices are limited to those who can commute to the office or are willing to relocate. When remote work is an option, an employer can recruit nationwide to find the ideal applicant, regardless of their location.

With so many areas to recruit in, employers hiring for remote jobs can choose to avoid jurisdictions whose laws force them to change their hiring process by requiring recruiters to list the pay range for all jobs.

For a year now, any company with four or more employees in Colorado has been required to list the salary range for all of its advertised jobs. For that reason, some recruiters have steered clear of the state. In fact, many remote advertisements include a simple but straightforward message: “This is a remote job except that it is not eligible to be performed in Colorado.”

Despite this, there appears to be momentum for pay transparency rules similar to Colorado’s law. New York City now makes it an “unlawful discriminatory practice” to post any job listing for a job to be performed in the city that does not include the minimum and maximum pay.

Proponents of pay transparency say it both streamlines the hiring process and allows for better analysis of inequities in hiring practices.

Colorado is the largest jurisdiction with the kind of strict pro-employee pay transparency laws labor advocates would like to see. Even if a company has only one employee working in Colorado, they are required to post pay ranges for any jobs they advertise in or out of the state.

Though other states, like Washington, have passed similar laws, Colorado’s was the first to go into effect. While a number of cities have also followed suit, they offer smaller sample sizes.

The yawning gap between Colorado’s job listings for remote and non-remote jobs shows that employers are not shunning Colorado entirely. They’re only shunning it for remote work.

In fact, Colorado’s non-remote jobs stayed stable over the 30 days surveyed, doing much better than the national average of non-remote job listings, which decreased by 12%.

This final data point suggests that something unique to Colorado — such as its pay transparency laws — is causing employers not to post for remote jobs in the state.

This momentum towards mandated pay transparency is part of the push for workers’ rights that has also accelerated since the pandemic.

Job seekers have long been tired of the opaque nature of most companies’ hiring process. It’s often unclear until the very end of the process what the pay range for a position is. And if the negotiation on a salary isn’t successful, both sides have lost out.

The tighter labor market during much of the pandemic has given job seekers in some industries greater bargaining power. Many have taken advantage of that negotiating position to insist on more clarity around salary and other compensation earlier in the process.

This has also taken place during a period of greater labor activism, another factor pushing policymakers to consider more pro-worker laws.

Federal laws are limited, but at the very least they prevent retaliation against employees who inquire about pay levels. But even this minimal protection includes exemptions.

There is an exemption for “essential job functions” and a general, or “workplace rule” exemption, according to the Department of Labor. These both provide employers with defenses against a charge of retaliation by an employee.

But this general exemption also allows companies to create rules, narrowly tailored to prohibiting the disclosure of specific proprietary business information or trade secrets. A company could use such a rule as a defense if it were ever accused of retaliating against an employee who inquired about pay.

Seven states have pay transparency laws on the books, though they vary in their scope and details.

NYC’s pay transparency law requires posting the “lowest to the highest salary the employer in good faith believes at the time of the posting” it would pay for the job.

Ithaca’s pay transparency law closely mirrors the New York City law. It covers employers with four or more employees in the city, and requires that pay ranges be posted on job listings.

This New York City suburb has also passed a pay transparency law similar to the NYC law, requiring pay ranges to be posted on job listings.

Nearby Jersey City has followed NYC’s example, mandating employers with more than four employees to post in any listing “the lowest to the highest salary the employer in good faith believes at the time of the posting it would pay for the advertised job, promotion or transfer opportunity.”

Cincinnati, Ohio’s largest metropolitan area, has a more modest law. It prohibits employers with 15 or more employees in the city from inquiring about or using past salary information. The goal is to reduce pay inequities by basing compensation on the role and responsibilities, rather than an applicant's pay history.

Toledo has a law similar to Cincinnati's rule, prohibiting companies from inquiring about or using past salary information in hiring or compensation decisions.

What Do Changes in Pay Transparency Mean for Employers and Employees?

As Colorado’s job posting data shows, there does seem to be a link between an area having tight pay transparency laws and a drop in the number of remote job listings for that area. With remote jobs, companies can pick and choose from more employees across the country. This makes it less of a loss for them to exclude an entire state from their recruiting efforts so they can continue to keep the job’s expected pay range out of ads.

That is not the case for in-person jobs. If a factory in Colorado needs a foreman, they don’t have the luxury of not advertising in Colorado just because they would have to include pay information.

There are some reasons for businesses as a whole to prefer to guard their pay scales. It keeps job seekers and potential employees in the dark about compensation, giving employers an edge in negotiations. A more generous interpretation is that they don’t want to be excluded from candidates’ job searches just because of a pay range that may not capture all of the other forms of compensation the position offers.

However, this method of hiring and compensating has contributed to historic pay inequities between genders, races, and against other groups such as LGBTQ employees. It has also created an opaque and frustrating hiring process for job seekers.

As more jurisdictions mandate pay transparency, companies may want to get ahead of the curve and become more transparent voluntarily.

This would serve both as a way of differentiating themselves from competitors for talent, and to ensure the hiring process moves more smoothly, with the salary range acting as a filter.

Such changes in transparency should also apply to internal job applicants. This could help ensure a company’s present employees feel valued enough to deserve more honesty and openness between themselves and the company.

As Bloomberg Law puts it, “the risks of getting this wrong — especially during the Great Resignation — are enormous, given the direct link between pay transparency and employee retention. In the absence of having accurate ways of determining and reporting this information, companies will be at a competitive disadvantage and risk not staying in compliance.”

The process of setting ranges should be done deliberately and carefully, and should be regularly reevaluated. The pay range review process can even be designed to unearth gender or race pay disparities. To do so, employers need to constantly measure and assess pay gaps, and make other reforms as they come across problems.

This would allow a company to be proactive about fixing those inequities, further burnishing their image and attractiveness to potential applicants, while staying compliant across jurisdictions.