College Majors with the Best First Year Salaries in 2022

Engineering and CIS Lead the Pack, with Other STEM Fields Not Far Behind 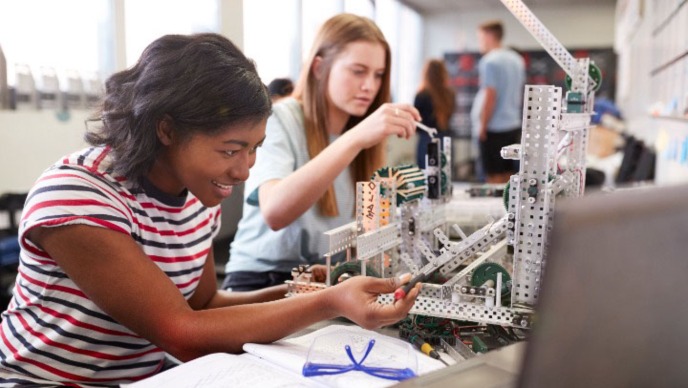 For today's college students, how much they'll earn with their degree is a much higher concern than it was for previous generations. That's not surprising given the average cost of a year of college hit a record high of over $35,000 in the 2020-21 school year.

It's no secret to incoming college students that a degree in computer science is a good bet for earning high salaries after graduation. But what other options are there for prospective students?

We've compiled a list of the 10 college majors with the highest starting salaries for graduates, based on the latest federal data provided by the U.S. Department of Education. Data reflects the weighted average of median salaries for students across the country.

College Majors with the Best First Year Salaries in 2022

As a whole, engineering majors top the list for highest average salaries straight out of college. The degree category encompasses 38 individual programs with available salary data. Average median salaries range from about $54,500 for biomedical engineering to nearly $80,500 for petroleum engineering majors.

Unsurprisingly, CIS degrees also top the list, although median earnings show the industry hands out six-figure salaries out of college less frequently than you may think.

Computer science majors earn an average median salary of just under $66,500 in their first year out of college, the highest of the 10 programs included in the CIS degree category. The lowest earners are computer software and media applications majors, just shy of $39,500 to start. These salaries will vary widely depending on the job location.

Bachelor's degrees in engineering technology are some of the highest-paying degrees overall. This includes 17 different programs in technologies related to a wide array of engineering fields, including nuclear, construction, mining and petroleum, electrical, mechanical, and computer engineering. Alumni earned an average median starting salary of just over $58,000.

Graduates who study construction engineering are some of the highest-paid at nearly $65,000 to start, while degrees in general engineering technology earn lower median salaries of around $55,000.

Healthcare is one of the strongest options for those looking for a high return on investment in their education. The degree category spans bachelor's programs in everything from medical administration to public health, with an average median starting salary of just over $56,000. Highest-paid out of college are registered nurses, while communication disorders majors earn the lowest median salaries, likely because of the need for a higher degree level to become licensed in the field.

Many of these majors offer the strong potential for increased earning power down the road, too. Medical administrators, for example, earned a median of $101,000 in 2021. Vacancies in the healthcare industry have nearly doubled since March 2020, and workers are projected to remain in high demand over the next decade.

Data for this field of study is largely based on degrees in air transportation, which are another strong option for students who want to earn high salaries but don't think a computer science degree is for them. Average median starting salaries hover around $45,000 for recent graduates, with strong salary growth potential for both pilots and air traffic controllers.

Earnings data for 600 graduates from 6 different schools show marine transportation is also a lucrative option, with an average median salary of nearly $76,000 out of college. However, with so few schools included in the data, students may want to do a bit more research on this degree pathway.

Math and statistics majors earn an average median salary of $46,000 out of college. This category includes four majors, with applied mathematics graduates earning the highest starting salaries at an average median of $58,000. Statistics and mathematics majors tend to earn less, with average salaries just below $45,000 for recent math graduates. It's worth noting that math majors are more likely to pursue graduate school than alumni of other programs, which typically results in a higher salary down the road.

While there are seven different degrees included within architecture, very few have enough salary data to draw much meaning from. The exception to this is the most common bachelor's degree in architecture, where alumni earn an average median salary of $44,990.

Business is by far the most popular major, and available salary data reflects that. The program category includes 20 different degrees in everything from accounting to human resources.

The top earners for business majors are in construction management, with an average median starting salary of $65,000. Lowest-paid are graduates of specialized sales programs at $36,000.

Most students study law at the bachelor's level with the intention of becoming a lawyer or working in a law office. Graduates of general legal studies programs earn an average median of $36,000 with their bachelor's degree, while legal support services earn slightly less at $34,700.

One of the most common career pathways for graduates is to become a paralegal, which typically requires certification. Some may pursue jobs as court reporters or simultaneous captioners, which also often require completion of a licensure program at a community college or technical school. However, some may find their legal knowledge helpful for jobs in journalism, law enforcement, or arbitration.

Bachelor's degrees in physical science most often include earth sciences, physics, and chemistry graduates, although a total of six degree programs are counted in this category. Physics grads earn the highest salaries at $40,000 per year out of college. Chemistry graduates tend to be the lowest paid out of the three most offered programs, at around $36,000.

Physical science majors also typically work in jobs that require at least a bachelor's degree and go to graduate school more often than other alumni. Those who plan to earn a master's or doctoral degree will likely see strong salary growth potential later on.

Earnings data comes from College Scorecard, published by the U.S. Department of Education with salary data from the Internal Revenue Service. This data includes salaries for the first year out of college, for graduates who earned their degree in 2017 and 2018. Earnings were measured in 2018 and 2019, respectively.

Salary data reflects the weighted average median salary for each two-digit CIP code, comprised of median salaries for each degree program within that CIP code at each college with available data. Earnings were weighted by the number of graduates with data from each program.

Breakdowns of salary data by major only included programs with data from at least 15 colleges.

What students should keep in mind when choosing a major

The latest salary data for recent college graduates highlights the fact that STEM degrees remain some of the highest-paid in their first year out of college, and are a strong bet for those looking for a fast return on investment. However, it's important to note that starting salaries vary widely depending on the specific degree and geographic location. Jobs in areas with a high cost of living tend to pay more than those in more affordable cities.

While it's important to know how soon you'll see a return on your college investment, starting salary also isn't the only reason to choose a major. Many of these undergraduate programs offer a strong foundation for a broad range of career pathways and graduate school opportunities.

Starting salary also doesn't capture mid-career earnings or potential salary growth. Data shows liberal arts degrees tend to become more valuable over time in the workforce, while STEM degrees start high but grow slowly. So, should students chase a higher starting salary or pursue something they're interested in, regardless of earnings? Given the high cost of tuition for today's college students, this is a more difficult question to grapple with than it was 20 years ago.

All in all, this list can give students a wide variety of options for degrees that offer strong earning potential early on, even those who don't want a STEM degree. It also can be a good starting point for students who aren't sure what to major in. Many students choose to study what they’re interested in without information on what that may mean for future salary potential. As a result, some may earn less than they expect to after college, or go deeper into debt for another degree to increase earning potential. This list can serve as a roadmap to help students make intentional choices about their college major based on total cost and expected payoff.

Earnings data comes from College Scorecard, published by the U.S. Department of Education with salary data from the Internal Revenue Service. This data includes salaries for the first year out of college, for graduates who earned their degree in 2017 and 2018. Earnings were measured in 2018 and 2019, respectively.

Salary data reflects the weighted average median salary for each two-digit CIP code, comprised of median salaries for each degree program within that CIP code at each college with available data. Earnings were weighted by the number of graduates with data from each program.

Breakdowns of salary data by major only included programs with data from at least 15 colleges.