The Order of Jesus, or the Jesuits, founded by Xavier of Loyola in the 16th century, have a long tradition of placing education in high esteem. While other religions, including other Roman Catholic orders, also praised the value of education, the Jesuits offered not just religious education, but education that would also be of more earthly value. In so doing, they attracted to their institutions those who saw benefit in either the religious teachings, the worldly education, or both.

As Europeans went south and west from the initial colonies, so too did the Jesuits, founding a number of schools of various levels. Here we are looking at the Jesuit colleges and universities that exist today, and how they compare along salary outcomes and other metrics.

It’s important to note that our Salary Scores don’t take into account differing costs of living within and among states and cities. Nevertheless, with this data, prospective students interested in a Jesuit education can make informed choices about where to apply and attend college.

Going to college is a significant investment, with most students needing to draw on a combination of family savings, loans, and financial aid to pay the expenses. Calculating a salary-to-debt ratio can be one way to measure how quickly we can expect that payoff to occur. Below are the best and worst schools by that measure.

Where Are Jesuit Colleges Located? 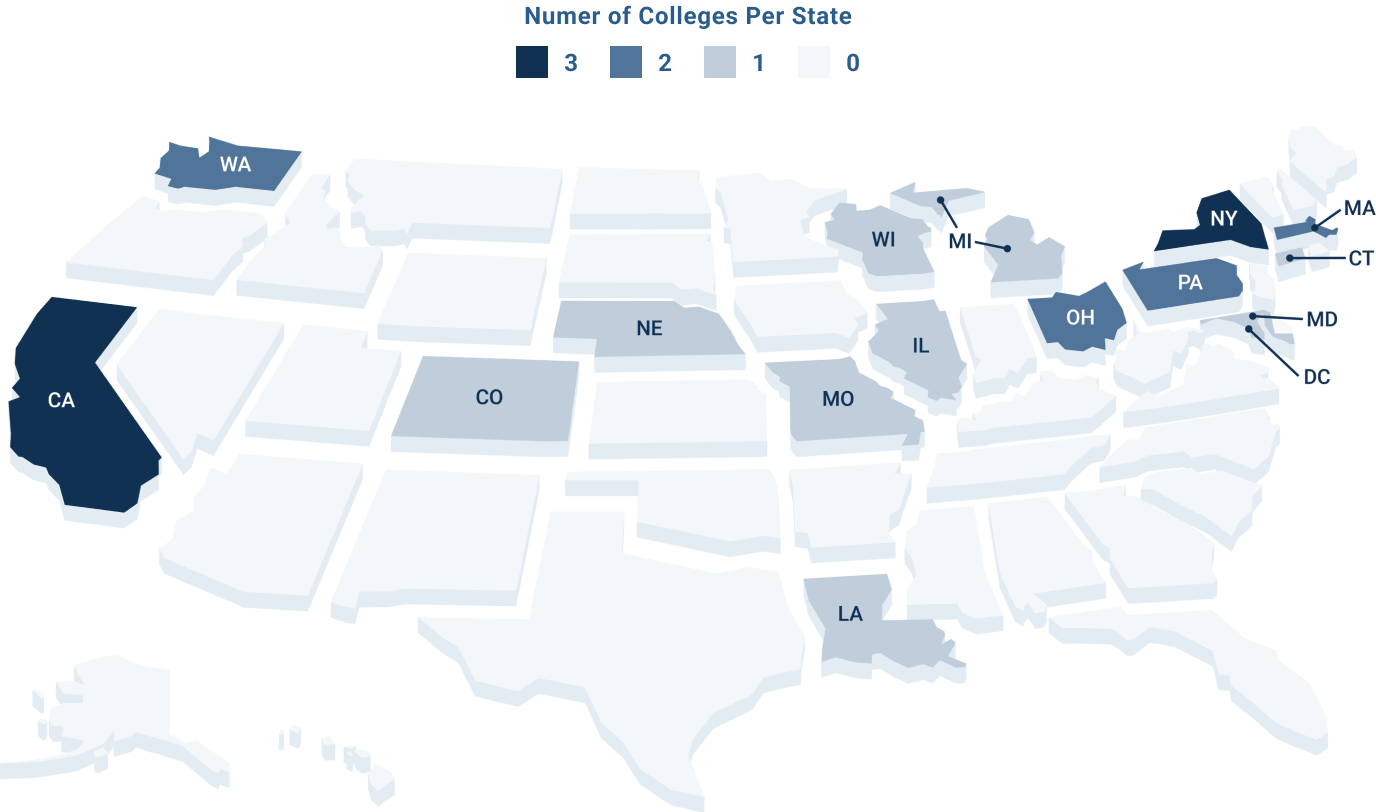 There are only 27 Jesuit colleges in the United States, according to the Association of Jesuit Colleges and Universities. So while we can’t expect to find one of these schools in every state, we do see them in many parts of the U.S. The map shows the 24 U.S. Jesuit colleges and universities that were in our top 25 list (one, St. John’s College, is in Belize, a Central American country on the Caribbean coast).

The map shows that only two states have three Jesuit colleges, and they happen to be among the most populous in the nation. California is home to over 39.5 million people while New York’s population is over 20.2 million, according to the most recent census.

A handful of states are home to two Jesuit colleges or universities: Massachusetts, Pennsylvania, Ohio, and Washington. Meanwhile the other nine states and the District of Columbia have one Jesuit college apiece.

There are many reasons to want to attend a Jesuit college. Sometimes it’s as simple as location or because your parents went to Jesuit colleges. Some others are attracted to the mission, and the opportunities to reflect on and learn about their faith. Meanwhile, others believe that a Jesuit college will offer different kinds of social and networking opportunities than a traditional college. In this article we have added some data points for potential students to consider as they decide which Jesuit school they would like to attend.

If attending this sort of denominational school is important to a student, there’s no reason not to, as they rank at or above the national average in several metrics.

Average salary outcomes for our top 25 Jesuit schools was in the 64th percentile of all schools, suggesting Jesuit college graduates, on average, tend to earn above the national median for their field.

Meanwhile acceptance rates to these schools average out to 66%, which matches the average for all U.S. four-year colleges.

And, of course, these schools offer certain majors and extracurriculars that would particularly interest students with a background or interest in the Jesuit order, or Roman Catholic teachings more broadly.

Our data on alumni earnings comes from College Scorecard, an annually updated resource provided by the U.S. Department of Education. The earnings data used in our Salary Score is for alumni in the first year after completing a degree. The data was released on March 14, 2022, and is for students who graduated in 2017 and 2018, with earnings measured in 2018 and 2019, respectively, and inflation-adjusted to 2020 dollars.