The Biggest Problem for Colleges? It May Be Inflation

Richard Vedder, senior advisor to Optimal, is Distinguished Professor of Economics Emeritus at Ohio University, and is the author of numerous books and articles on higher education, including Restoring the Promise: Higher Education in America. He also served on the Spellings Commission to study affordability, accountability, quality, and innovation in higher education.

Views and opinions expressed in board advisor's writing are their own, and do not necessarily reflect those of Optimal.

When people ask what is the biggest problem facing American higher education over the next few years, some would speak about Covid-19, others about the cumulative financial impact of recent enrollment declines (partly related to declining birth rates), still others will raise curricular issues (e.g., the appropriateness of critical race theory), while there will be some who are particularly worried about continued issues of diversity and inclusion.

But all of this misses what may be the biggest possible higher education problem of all: rising and unanticipated inflation. Prices in the general economy, which have risen roughly two percent annually over most of the period since World War II, seem to be suddenly rising at a much higher rate - they rose at a 6.8 percent annual rate last month. Economists and policy analysts have differing thoughts on the probable duration of this recent inflationary upsurge. 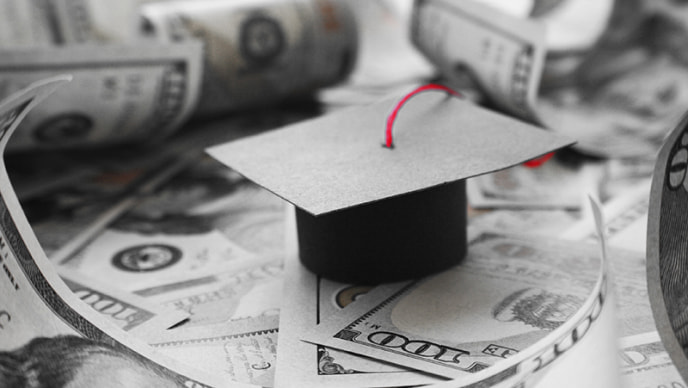 Wearing my hat as an economist and economic historian, I note the late Nobel laureate economist Milton Friedman was seldom wrong, and he said inflation is almost always a consequence of excessive growth in the supply of money. Prompted by extraordinarily expansionary Federal Reserve policy, the money supply by most measures grew roughly 20 percent in 2020, compared with a normal growth of perhaps five percent. So, we have too many dollars chasing too few goods (aggravated also by some labor/supply shortages), leading to higher prices. While the Fed’s expansionary policies seem to be moderating, I am doubtful that we will return to the normal two percent increase in prices in the immediate future.

So what? How does this impact colleges and universities very much? Can’t they simply adjust the way they operate in order to mitigate the impact of higher prices on their operations? And how does it affect the consumers of university services, most notably the students themselves? If historical experience is any guide, inflation can have profound impactful short-term effects on university operations.

If historical experience is any guide, inflation can have profound impactful short-term effects on university operations

In the 1950s and 1960s, a period of general American prosperity, prices rose roughly two percent a year, but that rate dramatically surged, to an average of seven percent annually, in the 1970s, finally receding in the mid-1980s, reverting back to the two percent normal rate from then until a few months ago when it began surging again. For most businesses, price adjustments can be made frequently, even several times a year – think of gasoline prices, often changing nearly weekly, or of the price of food we consume. Universities, however, price their products and obtain revenues in a rather peculiar fashion. Look at tuition revenues, which for most schools provide somewhere between 25 and 80 percent of all revenues.

The first strange thing is that tuition fees are collected in advance of the service being provided, unlike, for example, with many other services consumers buy, like having a car repaired or even haircut. Moreover, the service provided, say a year’s education, takes place over a lengthy period of time, typically about nine months. During that period, the “price” (tuition fee) of college is fixed. Moreover, many students now have price guarantees that state that tuition fees will remain constant for the time they are in college – in other words, fees are fixed for several years. This innovation, designed to make college more appealing, is likely now going to cost some schools a good deal. Over the decades from the 1980s to the present one, fees generally rose about three percent a year more than the overall inflation rate except in periods of significant unanticipated inflation. Therefore, “inflation adjusted tuition revenues per student” tend to decline or grow slower during periods of huge unexpected price increases.

To be sure, from the consumer point of view, this is beneficial – the price of college is rising less than prices generally, and less than the price of other things such as food, clothing and traveling. In reality, however, student's tuition and fees are impacted by the ability of the schools to provide scholarships and other assistance, which will be impaired by rapidly rising bills the schools need to pay in order to operate. In the short run, employees, who often operate on annual contracts, also get hurt by rising prices amidst unchanging paychecks.

This inflation increase is occurring at a time when some schools are already weakened financially because of the negative effects of a largely unanticipated enrollment decline that began a decade ago.

From 1972 to 1980, at the peak of the inflation, the average salary in dollars of constant purchasing power of full-time instructional faculty at American universities fell nearly 17 percent – over two percent a year. Quite a contrast to the booming 1950s and 1960s. In relatively low inflation 1965-70, college enrollments boomed, rising by 44.9 percent. By contrast, a decade later, in high inflation 1975-80, enrollment growth was a tepid 8.2 percent.

This inflation increase is occurring at a time when some schools are already weakened financially because of the negative effects of a largely unanticipated enrollment decline that began a decade ago, and is particularly acute in states with stagnant population growth (a growing number because of birth rate and immigration declines). Given what I call a flight to quality, inflation is especially a problem for schools with modest academic reputations – community colleges, small liberal arts colleges with little national recognition, and less selective state colleges and universities. And adding to all the woes: Covid 19 problems have often cost universities revenues while enhancing expenses.

My remarks certainly are in keeping with my profession’s reputation as “the dismal science.” But not all is dismal. First of all, we have the means (and hopefully the political will) to curb the inflation, mainly by less expansionary monetary and fiscal (government tax/spending) policies. The inflation can become a short term (year or two) aberration. In the 1980s, we tamped down inflation and returned to a sense of normalcy – but it took a while for the adjustment to occur and we suffered some transitory high unemployment for a couple of years. Another cautionary note: overall economic growth, which can cure a lot of financial maladies, has been lower in this century than in the last one.

Richard Vedder is Distinguished Professor of Economics Emeritus at Ohio Education, author of Restoring the Promise: Higher Education in America and is an adviser to Optimal.