Inflation was 9.1% in June, continuing a record-setting run and further decreasing most people’s purchasing power. Students are no different. Here’s how students can weather the storm of the rapidly increasing cost of attending college. 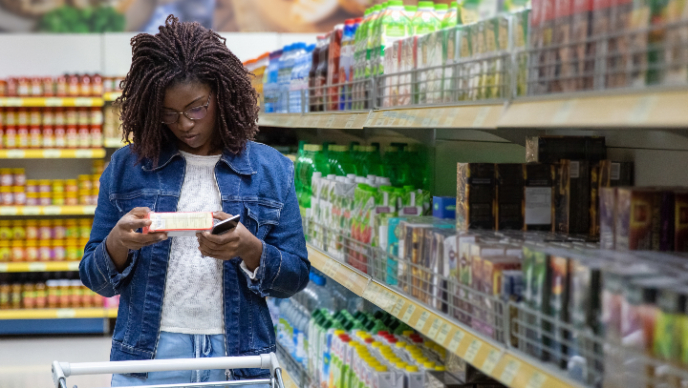 Between rising tuition, greater personal expenses, and the possibility of needing more loans to pay for the same degree, students are particularly vulnerable to the effects of inflation. This is especially true of those who live and eat primarily off-campus, or students whose college’s room and board prices have risen.

Unfortunately, it’s hard to predict how long this inflationary spiral will last since it depends on so many factors, from the Fed’s monetary policy decisions to the war in Ukraine. For that reason, it would be wise for students to make preparations now for the longer term.

Inflation and its Impact on Students’ Daily Lives

The main way inflation reduces the value of a student’s dollar is by raising the prices of everyday essentials, such as food, shelter, and transportation.

“Colleges factor these expenses into their cost of attendance, which dictates aid/loans awarded and available to students annually. But if inflation impacts these things after COA/loan money has been approved and awarded for the year, this can make those dollars’ purchasing power go down vs. what was intended,” says Meagan Landress, a Certified Student Loan Professional and consultant at Student Loan Planner.

For students who often rely on their college’s calculation of the overall cost of attendance, how hard inflation hits depends on timing. Those starting or continuing school this fall will likely see their tuition continue to rise.

Tuition is one of students’ biggest expenses and has already been locked in at these inflationary levels, says Robert Farrington, founder of The College Investor.

On top of that, many schools will not increase their grant budgets even as they increase their costs of attendance. Instead, the new, higher costs of attendance will make students eligible to take out more in loans to cover rising costs. With so many younger Americans already buried in student debt, a prolonged inflationary spiral threatens to burden future generations with even greater amounts of debt.

How Does Inflation Affect Student Loans?

Inflation will impact student borrowing by two overlapping groups: those seeking to take out a loan to cover their current or future education expenses, and those who have completed their education and have to pay down student loan debt.

For the first group, there isn’t much good news. The knock-on effect of Fed rate hikes is that interest rates for all kinds of loans also rise.

Student loan rates are no different. Since federal fixed-interest loan rates are set in May of each year, loans taken out now are already more expensive than loans that were taken out before July 1, 2022. The current interest rate on an undergraduate student loan is 4.99%, up from 3.73% last year.

“It’s important to note that federal student loans are a fixed rate based on the year you borrow them… so the current rates are fixed from July 1, 2022, through June 30, 2023,” says Farrington.

Farrington warns rates are likely to keep growing this year. Assuming the trend continues into the next year, this would mean any fixed loans taken out after next June will likely have even higher rates.

On the bright side, for graduates repaying their loans, inflation would, in theory, make their existing student loans cheaper.

“The amount that they borrowed and the interest rates they're paying are usually fixed, meaning that the more that money gets devalued, the less they'll have to pay in real terms on their loans,” says Melanie Hudson, editor-in-chief of EDI Refinance.

Effect of the Fed’s Fight Against Inflation

What Is the Fed and What Is It Doing?

The Federal Reserve is America’s central bank, which decides on and implements monetary policy, largely by setting the interest rate on the loans it offers other banks. The Fed’s goal is to maximize employment while keeping inflation at a target rate of 2%.

With the latest jobs report showing that overall employment has returned to pre-pandemic levels and the unemployment rate is 3.6%, the first pillar seems to be going well.

But with inflation over four times the target rate, the Fed has been trying to keep the economy from overheating by cranking up its base interest rate. That interest rate impacts everything from how much your savings account grows to the rates of mortgages, car financing, and new loans of all kinds, including for education.

With the Fed indicating it will move aggressively to tamp down inflation, analysts see it as likely that any student loans taken out now or in the near future will have higher interest rates. And since most student loans have fixed rates, today’s students could be stuck with that higher rate for the life of the loan.

A Potential Recession’s Effect on the Job Market

Though the Fed has been taking measures to battle rising inflation, there is a common worry among economists that tighter monetary policy will lead to a recession.

Hiking interest rates increases the cost of borrowing money in almost any situation. As a result, businesses will borrow less to invest in new workers, technology, or factories. Consumers will borrow less to make purchases that could build equity in the long-term, such as buying a house, or to start their own business. This altogether weighs down spending and hiring, further dragging down economic output.

The other reason economists predict a recession is simply statistical. Historically, of the six times the Fed embarked on a rapid rate hike campaign, four times it resulted in a recession. This doesn’t guarantee considering how different the economy was in each of those situations. But it does leave some doubt whether the Fed can deliver on the “soft landing” it has promised and reduce inflation without causing a recession.

What Can Students Do to Ease the Impact of Inflation?

Reducing Inflation’s Impact on Your Expenses

Landress says students should focus on saving money or earning extra income. Moving in with parents or a roommate, and reducing discretionary spending like entertainment or eating out could be ways to accomplish the first goal. Finding an on-campus job or another part-time gig could help accomplish the second one. Either way, every little bit of spending less or earning more can help you stretch a dollar.

Making a budget is the first step towards greater control over your finances. Even if you aren’t perfect at sticking to the budget, seeing how much you’re spending on certain categories can give you insight into your spending habits and what needs to change. There are many mobile apps or websites, such as Intuit’s Mint.com, and other resources available to help students make a budget. Here are some tips on budgeting specifically for college students.

If costs keep growing, students will have to take out more loans to cover the cost of attending college. Unfortunately, inflation’s impact on their debt isn’t something students can directly control.

But they can minimize their overall debt load by taking out federal loans first, which tend to have more safeguards than private loans. However, if a student isn’t eligible for enough in federal loans to cover their total cost of attendance, they may have to take out a private loan.

In this situation, Farrington suggests making sure it’s a fixed-rate loan. “Variable-rate loans, while having lower upfront rates, could rise dramatically if interest rates rise, making them more costly in the long run,” he says.

Hudson of EDI Refinance points out the silver lining of this inflationary period, largely for those who have already taken out loans and are now paying them back.

“Inflation is a benefit to debtors,” she says. “Student loan holders should pay as little as they can on their loans during times of inflation and make up for it when inflation slows down in order to maximize the value of this effect.”

Landress also recommends ensuring “you're on the right plan to pursue forgiveness if applicable, or if not, look into refinancing to reduce your interest cost.”

For many students, the only way to finance a college education these days is through some kind of borrowing. If you need to borrow to attend college, you may want to apply for grant-based scholarships through your school, state, or other parties first. After that, take out whatever fixed loans you know you will absolutely need for the basics, such as tuition and room and board. Remember, you can often go back and take out more loans if your initial loans prove insufficient.

Beyond that, keep an eye on your budget, cut expenses where you can, and do your best to look for opportunities to earn extra money.

Students will either have to tighten their belts, take out more debt, or find income sources, all while earning their degree.

Dealing with these financial pressures in college can be stressful. On the bright side, the next cohort of graduates could learn essential personal finance skills, which will be a benefit to them during and after college.