The Reason for College Enrollment Declines? A Lack of Information.

Richard Vedder, senior advisor to Optimal, is Distinguished Professor of Economics Emeritus at Ohio University, and is the author of numerous books and articles on higher education, including Restoring the Promise: Higher Education in America. He also served on the Spellings Commission to study affordability, accountability, quality, and innovation in higher education.

Views and opinions expressed in board advisor's writing are their own, and do not necessarily reflect those of Optimal.

Even before the pandemic, American college enrollments had started declining, partly because of rising tuition fees and stagnant birth rates. Looking into the future, few states are contemplating large expansions of their university systems, and, indeed, a number of mostly smaller schools have even contemplated closing.

In a way, this might seem surprising. After all, earnings data suggest on average college graduates still earn far more than those with just a high school education. I think the enrollment stagnation of the last decade comes from an increased realization that college is a big investment with potentially good financial returns, but lots of risk. After all, a large percentage of students entering college either fail to graduate, or take longer than anticipated (at a corresponding higher cost), often incurring burdensome student loan obligations. 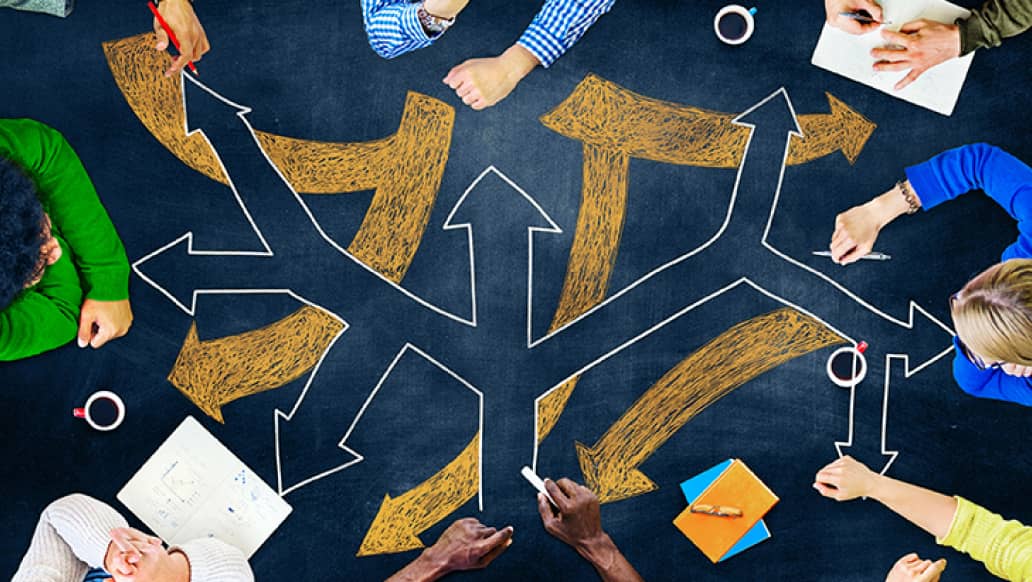 Why is this? There is some mismatch between student aspirations and expectations on the one hand, and the schools that they choose to attend or the subjects they decide to study, on the other. Large numbers of students make relatively uninformed choices as to where to go to school or what to study, and, unfortunately, many of those choices are bad ones. High school students vary widely with respect to academic performance, areas of potential vocational interest, school location preferences, etc.

Above all, they are unfortunately often uninformed about the nature, culture and performance of competing potential educational institutions, and even different areas of study. Few high school students have the vaguest idea what some occupations do. Let’s give just one example: how many high school graduates know what an actuary is? Or how well they do financially after college? Or know what schools can best train them to be one? Or whether they have both the interest and talent to become one?

While students are often oblivious to the specific advantages of various academic majors and even the strengths and weaknesses of specific colleges, they do hear general comments about the advantages and disadvantages of college in general. A decade ago, they heard from their guidance counselors and parents, older brothers, sisters, and friends already in college that “college is great, you have to go if you want to be successful in life.” Now, however, there is more talk about how college can bring oppressive student debt burdens on students.

I think the enrollment stagnation of the last decade comes from an increased realization that college is a big investment with potentially good financial returns, but lots of risk.

During the pandemic, prospective college students have observed that some employers such as fast-food restaurants or big box retail stores have been begging for workers, not even requiring a high school diploma in many cases. The prevailing message has gone a bit away from “to be a success in life, you need a college degree” almost to “be careful: college can ensnare you in a lifetime debt burden that you will regret.”

The reality is that college still is a good deal for a large number of students. Recent Census income statistics confirm that college graduates still typically earn upwards of double that of those with high school diplomas. However, having the information about what schools and majors can offer the best chance at strong earnings and lower debt is instrumental in ensuring success after graduation.

Having good information is the key to getting the best use out of our nation’s considerable resources devoted to preparing Americans to transition to the world of work and other adult responsibilities.

But not every student is the same. It is also true that there are some kids for whom alternatives to four-year schools may be preferable: community colleges, for example, or vocational training programs to learn a specific highly needed skill. Different strokes for different folks. What is best for Johnny may not be best for his good friend Joanna. Some kids should aspire to an education at expensive selective private schools, but for most individuals that is an inappropriate aspiration likely leading to disappointment.

Most important reforms needed to improve American higher education involve “I” words like “incentives” or “innovation.” But probably the most important “I” word of all is “information.” Having good information is the key to getting the best use out of our nation’s considerable resources devoted to preparing Americans to transition to the world of work and other adult responsibilities.

Richard Vedder is Distinguished Professor of Economics Emeritus at Ohio University and an adviser to Optimal.