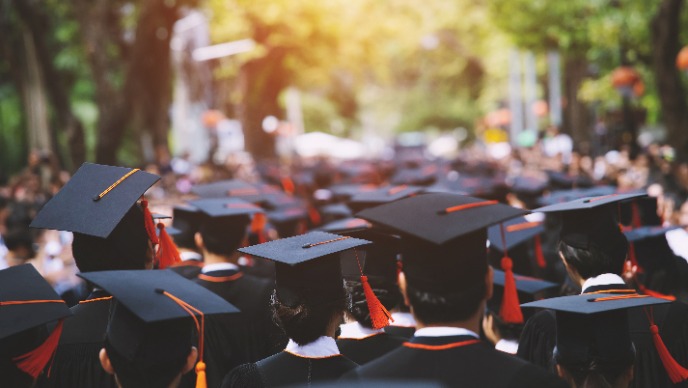 Tuition costs, student loan debt, rising inflation, and other factors have more students questioning the value of a college education. Many prospective students are wary of taking out student loans to pay for school, and younger generations are much more likely to prioritize earning potential above pursuing their interests.

Fortunately, students can find a school that will let them do both. New data from the U.S. Department of Education highlights colleges where graduates earn the highest starting salaries for their major. We used this data to find the schools with the highest starting salaries across college majors, where earnings are in the top 10% for most programs.

Colleges with the Highest Starting Salaries in 2022

What Is Salary Score?

We ranked schools by Salary Score, which shows where alumni fall on a scale of 0-100 for starting salaries compared to others from the same majors. This allows us to show schools that have strong outcomes for all students, not just those in high-paying fields.

What Is Debt Score?

We use the same methodology to give each school a Debt Score based on median debt at graduation. This shows where students fall on a scale of 0-100 in terms of how much they owe compared to alumni from the same graduation years across all colleges.

It's important to note that Debt Score may be impacted by schools that are more likely to serve first-time, full-time students. Schools that are more selective, prestigious, and less accessible for students are more likely to serve a higher rate of first-time students who wouldn't have additional student loan debt that is taken into account upon graduation.

What Is Average Net Price?

In short, the average net price is the average total cost that first-time, full-time undergraduate students receiving grant or scholarship aid from federal, state, or local governments or from their school paid in the 2019-20 school year. A high average net price doesn't necessarily mean that is what you will pay, but it gives a general idea of what most students who received aid paid.

Colleges with the Highest Starting Salaries Across Majors

One of the most well-known universities in the world, Harvard is recognized for its prestige and consistently ranks among the top universities. Alumni earnings data shows that Harvard offers strong student outcomes with earnings in the top 97% or higher across most majors with available data. Student debt also tends to be low — graduates who use federal financial aid to pay for college were in the bottom 15% of student borrowers for their graduation years.

It's no secret that Harvard is extremely difficult to get into, with an acceptance rate of 5%. The Harvard Crimson reported a record low acceptance rate of 3% this year due to an increase in applications for the 2021-22 school year. However, if you can get in, Harvard has the student outcomes to back up its reputation.

MIT is widely recognized as one of the best schools for STEM majors, which does, in fact, translate to a higher payoff for alumni of those programs. However, it's also one of the top schools for humanities and liberal arts majors. It’s no wonder that MIT is highly competitive, with an admission rate of 7%.

In addition to earning some of the highest salaries in the country for their field of study, MIT students who use federal financial aid to pay for college graduate with a median of $11,000 in debt, less than 99.5% of other graduates. Federal data shows that 64% of MIT students receive grant aid to help pay for school. About 19% of MIT students are Pell Pell Grant recipients, which most often go to undergraduate students whose family income is $30,000 or less per year.

The second Ivy League university to appear on this list, Dartmouth is another strong choice for graduate salaries. Based on federal earnings data, alumni earn top salaries for their major in a wide array of subject areas, including economics, political science, psychology, history, fine arts, sociology, and anthropology. With an admission rate of just under 9%, the university is also extremely selective.

Dartmouth grads tend to earn top salaries but owe less than 90% of their peers. Just over half of students receive grant aid, and the university has an average net price of about $25,000 for first-time, full-time undergraduate students.

Yale is another university where alumni earn top salaries across most programs while owing significantly less than those from other colleges. Yale is a strong choice for a broad range of majors, from computer science to English language and literature. About 6% of applicants are accepted to Yale.

Just over half of undergraduate students receive grant aid to help pay for school, with an average net price of $17,500 for those students. Additionally, 18% of students are Pell recipients from lower-income backgrounds. While that number is far lower than at many other universities, it's nearly double the rate of Pell students at Harvard or Santa Clara.

Private school Georgetown University in Washington, D.C., produces some of the highest-earning bachelor's graduates, especially in business. Alumni salaries are in the top 99% for finance, marketing, business administration, international business, and accounting. Other top-earning majors include liberal arts, English, psychology, and sociology. Only 10% of Georgetown students are STEM majors, indicating it's a strong option for those who may opt for a degree in another field.

The university has a very low debt score of 8.87, meaning alumni owe less than 92% of alumni from the same graduation years. An admissions rate of 15% also means it's slightly more accessible compared to other universities on this list. However, only four in ten undergraduates receive grant aid to help pay for college, and students pay an average net price of nearly $31,000. This may indicate Georgetown serves fewer students from lower-income backgrounds.

Pittsburgh-based Carnegie Mellon is also a top choice for alumni earnings, with median salaries in the top 90% for most majors. Especially strong are early-career salaries in computer science, business administration, design and applied arts, and electrical engineering. More than half of Carnegie Mellon students are STEM majors.

The university has an acceptance rate of 17%, and about half of students receive grant aid to pay for school. However, the university has a higher debt rate than others on this list. Graduates here owe a median of $23,000 when they earn their degree, which is more than about 50% of alumni from other schools. The university's high average net price — nearly $37,000 for grant recipients — is something to consider, especially for students who are interested in degrees that tend to lead to lower salaries.

UPenn is another highly selective university with an acceptance rate of about 8% and an average net price of $24,167. About half of students receive grant aid. Alumni graduate with a median of $17,000 in student loans, which is less than most bachelor's graduates.

In the heart of Silicon Valley, Santa Clara University produces some of the highest-earning graduates by major in the country. This is especially true for communications, accounting, psychology, marketing, and political science majors. Many of these alumni likely work for tech companies in the area, which are often more lucrative even for non-STEM majors.

Santa Clara has a high acceptance rate of 50%, and nearly three-quarters of students receive grant aid to pay for school. However, the average net price is a whopping $48,000 for grant recipients.

Those who took out federal student loans owed a median of $20,000 when they finished their degrees, which is relatively low compared to other bachelor's students. Although students from lower-income families do tend to pay more here than at schools like Harvard or Yale, the high acceptance rate makes Santa Clara a more realistic option for many students.

With a Salary Score of 97.58 and a Debt Score of 15, Boston College graduates are often well-prepared for high-paying careers without the burden of exorbitant student loan debt. The college's strongest programs for starting salary include business, finance, marketing, accounting, communications, philosophy, and history.

Boston College grads finish their degrees with a median of just over $17,000 in federal student loan debt, and 48% of students receive grant aid to help pay for school.

While the average net price of $30,000 is higher than other schools on this list, the university also has an admissions rate of 28% and serves fewer STEM majors than other schools. That makes Boston College a strong option for students interested in other fields of study.

Last on the list with a Salary Score just shy of 87 is Stanford University. On top of higher salaries than 97% of their peers, Stanford grads also finish owing a median of just $10,000 in federal student loans for their bachelor's degree. Unsurprisingly, Stanford is a top school for computer science majors, who are some of the highest-paid in the country. However, alumni of its psychology, international relations, English, and ethnic, cultural, and gender studies majors are also top earners.

Students at Stanford tend to be well taken care of, with 61% receiving grant aid to pay for college and a low average net cost for those from families with incomes of $75,000 or less per year. Students who received grant aid paid an average net cost of $20,000, which is still lower than many schools on this list. However, the university is extremely selective, admitting less than 5% of applicants.

The Bottom Line: What to Consider Besides Alumni Starting Salaries

Students can use our Salary Score rankings to find schools that offer the highest payoff for their major. This is especially important for students who want to study liberal arts and humanities, which tend to earn less than STEM majors. Prospective students should also keep in mind that while liberal arts majors tend to earn less out of college than STEM majors, their mid-career salaries typically catch up down the road.

However, other factors such as average net price and median debt for bachelor's graduates should also be taken into account to figure out if a degree from that school will be worth it.

Acceptance rate is another critical factor. Many universities on this list tout high salaries and low debt. If you get into them and come from a middle or low-income family, you'll likely be taken care of. However, spots at these schools are intensely competitive, which realistically means they won't be viable options for most college students.

Students should also apply to schools even if they think they can't afford them. Many private colleges provide significant funding to offset their high sticker price, and few students end up paying full tuition at a college when all is said and done.