Borrowers making less than $125,000 per year will be eligible for the new plan, which materialized after months of internal debate on how far the White House should go in terms of loan relief. 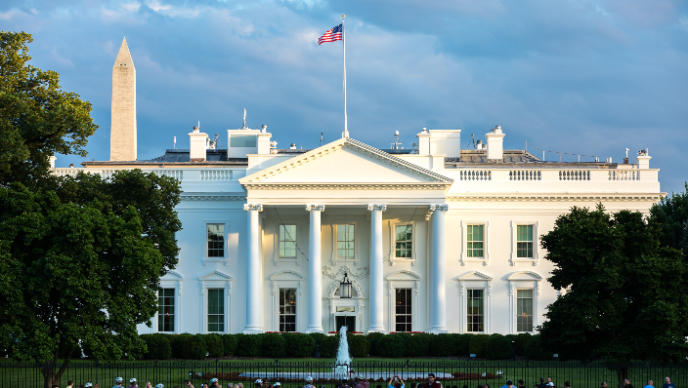 The White House argued in a fact sheet that this and other measures show that it is acting with urgency to a generational student loan crisis that presently ensnares about 40 million Americans in some $1.75 trillion of debt:

“Since 1980, the total cost of both four-year public and four-year private college has nearly tripled, even after accounting for inflation. Federal support has not kept up: Pell Grants once covered nearly 80 percent of the cost of a four-year public college degree for students from working families, but now only cover a third. That has left many students from low- and middle-income families with no choice but to borrow if they want to get a degree.”

President Biden added during a press conference announcing the move that many borrowers were compelled to “leave school because the financial strain was much too high.”

This left “about a third of borrowers [with] debt for no degree, the worst of both worlds," Biden said.

To the administration and supporters of student debt forgiveness, some level of relief is necessary not just to help students, but to help the economy as a whole. Once former debtors can begin their upward climb towards greater financial security, the rest of the economy will reap the rewards of having more upwardly mobile consumers, the president emphasized during his press conference..

Biden also pointed out during his press conference that student debt is spread unequally, with the burden being especially heavy for Black and Hispanic borrowers with less family help to lean on. 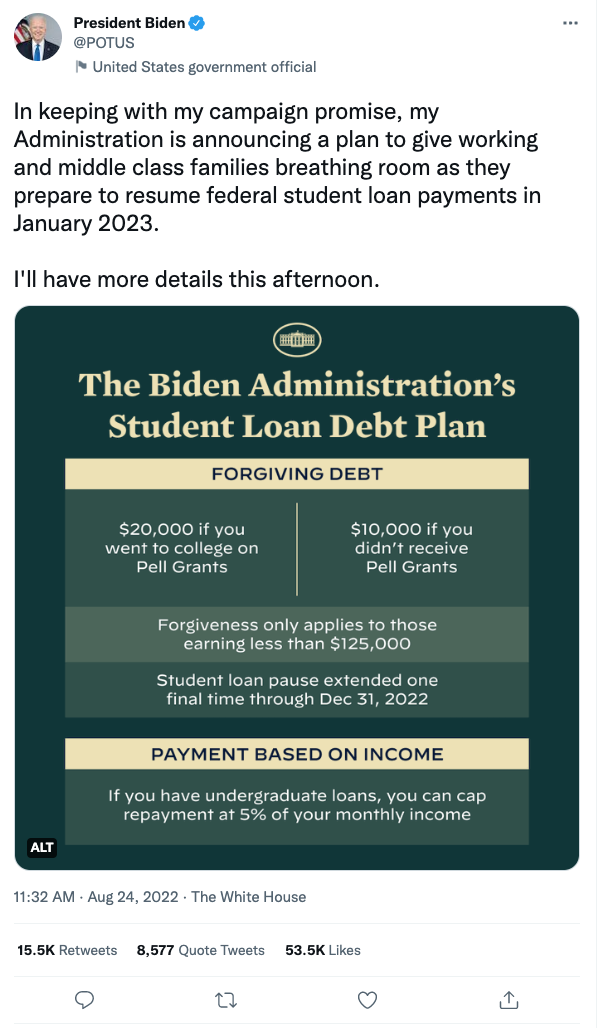 Why Some Say It Goes Too Far

Why Some Say It Doesn’t Go Far Enough