Data shows that the financial payoff of attending an HBCU is particularly pronounced for graduates in finance, STEM, and some social and community service-related fields 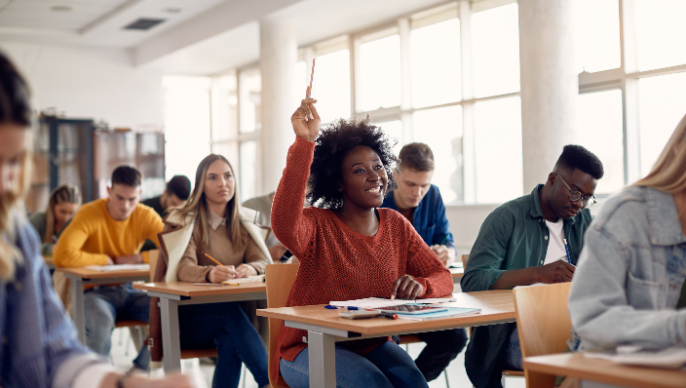 HBCUs have been recognized in recent years for the role they play in social and economic mobility for Black students. HBCUs tend to serve more students from lower-income families, and HBCU grads are more likely to move to a higher income bracket than non-HBCU graduates.

As we see at other colleges and in the current labor market, STEM graduates from HBCUs do tend to earn higher median salaries overall than their peers. However, systemic inequalities mean HBCUs are typically serving their students on a much smaller budget than other universities.

While other schools benefit from serving wealthier students, larger endowments, and more philanthropic support, HBCUs are chronically underfunded. HBCUs are also largely located in the southern states, which tend to correlate with lower salaries and earnings than other states with a higher cost of living and more affluent populations.

All of these factors, coupled with a long history of wage inequality for Black college graduates, can often lead to worse student outcomes for HBCUs. It's difficult to account for all these socioeconomic factors when comparing institutions, and while HBCUs shine in many ways which are often more difficult to quantify or measure, they tend to fare worse in head-to-head comparisons of salary outcomes.

However, salary data from the U.S. Department of Education shows that, in these seven majors, HBCU graduates can earn more than average for their field of study compared to all graduates.

Top HBCU Majors and The Schools that Offer Them

We took a look at the majors where average salaries for HBCU graduates are higher than the average for all universities. We limited our study to include bachelor's programs with available salary data from at least three HBCUs and at least 75 graduates.

Salary data comes from College Scorecard, which only includes information on college graduates who earned their degree, used federal financial aid such as grants or loans to help pay for school, and reported any income to the IRS in their first year out of college. In some cases, a lack of available salary data means only a few schools are included in the study.

Finance graduates from Howard earn far more than the weighted average for finance majors at all schools, with starting salaries more than $20,000 higher. This may be due in part to the low racial wage gap and high salaries in Washington, D.C. compared to the rest of the country. Howard also has a strong reputation as a top HBCU and a solid business school overall which students likely benefit from.

Due to limited data available for finance majors at HBCUs, it's difficult to say whether this trend is consistent among all  HBCUs. Morgan State and TSU graduates earn far below the average, likely impacted by the racial wage gap. Both states typically have high wages compared to the rest of the South, although Maryland has a notably high racial wage gap compared to other states.

Alumni of chemical engineering programs at HBCUs also see a strong payoff compared to other students. The strong salary outcomes for these graduates are largely carried by North Carolina A&T graduates and Prairie View A&M grads in Texas. Alumni of both programs earned starting salaries well above average, which is particularly noteworthy given the weighted average is for graduates across the country, including in expensive states like New York and California. Chemical engineering graduates of Tuskegee University in Alabama also fared well in terms of high starting salaries overall, but earned about $2,400 less than the average. This may be partially due to the fact that Alabama is one of the lowest-paid states.

Morehouse is a powerhouse when it comes to economics grads, with a median starting salary more than $16,000 above the average for all economics majors in the U.S. Howard and Spelman both fare closer to average, with strong outcomes in the first year out of college for alumni. North Carolina A&amp;T majors, however, fall far behind the national average at about $35,545 to start.

Both Spelman and Morehouse are also top universities for the highest payoff for Black graduates overall. Alumni of these schools earn higher median salaries compared to the average for other Black bachelor's holders in Georgia.

Engineering is one of the highest-paying majors straight out of college, and HBCU graduates are thriving in the field. Alumni from PVAMU and Southern's mechanical engineering programs far outpace graduates across the country, with earnings more than $7,000 above average. NC A&T graduates also see a higher payoff, although their earnings are closer to $2,000 more. HBCUs play a key role in educating Black STEM professionals, and these three universities showcase the strong outcomes possible for graduates.

This broad degree category includes programs in childcare, child and adult development, family systems, and community services. The top HBCUs in this category were human development graduates from UDC and Howard, with median earnings $10,000 to $20,000 above the weighted average. Alumni of Bowie State's program in child and adolescent studies earned an extra $4,700 or so in median earnings to start, and the median for SUNO's child development and family studies program was $1,800 more.

Grads from Jackson State, Benedict College, and Alcorn State didn't fare as well, with median earnings below the weighted average. This may be due in part to the lower cost of living and low pay in these states, although Bowie State and SUNO grads in North Carolina and Louisiana were less impacted by this factor.

Alumni of fine and studio arts programs at both Howard and Morgan State earned higher median salaries than the average for their field of study, although they are still low-paid compared to other majors. Howard offers a wide range of arts programs, including graphic design, fashion, interior design, and motion graphics. Morgan State's fine arts major offers concentrations in art history, graphic design, illustration, and multimedia.

HBCUs play a critical role in economic well-being for Black Americans. These majors highlight opportunities for HBCU graduates to outearn their peers from other schools, including predominantly white institutions. Many of the schools on this list are recognized for their long history of producing competitive and successful Black college graduates, including a significant portion of Black graduates that go into STEM. These schools likely offer strong networking opportunities alongside salary potential.

Beyond that is the importance of increasing diversity in these critical fields. More Black professionals in areas such as finance, engineering, economics, education, and the arts mean more representation in business decisions and more equitable education options. It also means more people will learn from the work put out by Black artists. HBCU alumni from these programs are entering the workforce, earning higher salaries, and bringing more diverse perspectives to these varied industries.

Salary data comes from the College Scorecard, a product from the U.S. Department of Education. Earnings were measured in 2018 and 2019, one year after the classes of 2017 and 2018 earned their degrees. Salary data was adjusted to 2020 dollars.

Weighted averages were calculated based on median salary by major for all schools with available data and the number of students with earnings data reported for each program. For this study, we limited our analysis to bachelor's programs with data from at least three four-year HBCUs and at least 75 students.